Cargotec published the January-June half year results on 20 July. The development of our business continued to be positive during the second quarter of 2017.Operating profit excluding restructuring costs was the highest in our history.

The star of the quarter was again Hiab, as the on-road load handling equipment provider beat the record of operating profit margin excluding restructuring costs from Q1 2017 with a margin of 15.6%. Hiab’s orders received were also strong with an increase of 17% year on year. 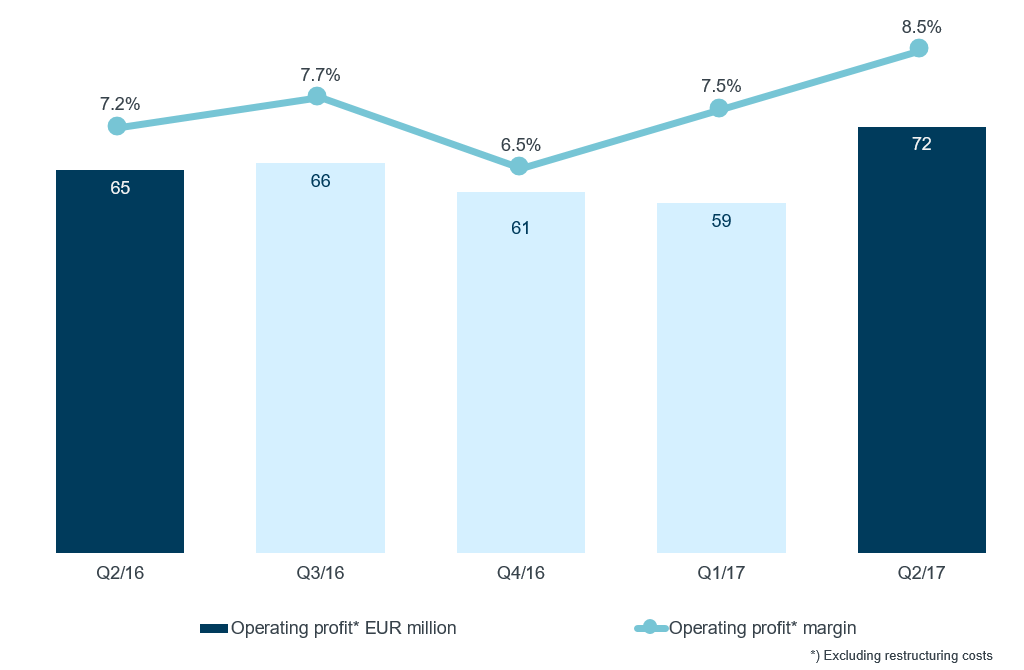 Operating profit excluding restructuring costs was the highest in our history

We have listed the frequently asked questions and answers below.

Orders received declined in large projects. We did not receive any large automation orders in Q2 as we did in Q2/16. Despite the positive development of container throughput, which is a key growth driver for Kalmar, customers’ decision making continues to be slow. It seems to take time before the ports are getting better visibility regarding their future volumes.

How do you see Kalmar’s market outlook?

We continue to be positive about the long term outlook for Kalmar as the interest in automation solutions is high.

Hiab Q2 profitability in terms of EBIT excluding restructuring costs was 15.6% (14.7%). Do you see this as a sustainable level? Is it good proxy for 2017?

Hiab has launched a great deal of new products, and these product launches are now bearing fruit. We have also improved the profitability with supply chain improvements: we have e.g. centralised assembly operations in Poland.

It is important to note, however, that this 15.6 percent EBIT margin excluding restructuring costs was highest ever. The fluctuation in margins on quarterly basis is primarily driven by variation in sales volume, and historically the third quarter has been weaker for Hiab than the second quarter.

When do you expect MacGregor market to turn? Is it fair to assume that Q4/16 was the bottom for orders received for MacGregor, as the orders have increased 35% compared to Q4/2016?

Ship contracting improved slightly during January–June 2017 compared to the first half of 2016, but remained at a very low level. The market for marine cargo handling equipment in general remained weak. The risk for order postponements and cancellations is still high. Contracting in the offshore sector declined compared to the comparison period.

Order levels are expected to remain low several quarters to come, and the recovery is expected to be slow.

US dollar has been weakening recently compared to euro. What is the impact of that in your results?

In Hiab, the nature of the business is such, that order backlog is relatively short, and therefore the impact of currency fluctuations is typically seen after a couple of months. In Hiab, costs are largely in euros, as most of assembly and subcontracting especially in new equipment business is in Europe.