Cargotec’s Investor Relations arranged an Investor Day about Hiab, a producer of loader cranes and related services, on 1 December 2017. The event was targeted to institutional investors and analysts, and about 20 registered participants attended the event. Earlier this year we have organized similar events, such as MacGregor Investor Day, Software Day about Kalmar’s software business, site visit to our factory in China as well as a visit to London Gateway port. In addition to these events, we arranged a Capital Markets Day in September in London.

Hiab is one of Cargotec’s three business areas. In terms of sales, Hiab is the second largest business area after Kalmar, but in profitability terms Hiab ranks the highest. During the last year (Q4/16–Q3/17) sales were around 1.1 billion euros and operating profit totaled approximately EUR 150 million, which is 14.1 percent of sales. Both sales and operating profit have developed well during the last five years – sales have increased 26 percent and operating profit is six times higher. Hiab’s offering consists of different loader cranes and other load-handling solutions, which are typically attached to trucks. New products represent 77% of sales and service sales 23% of Hiab’s total sales. 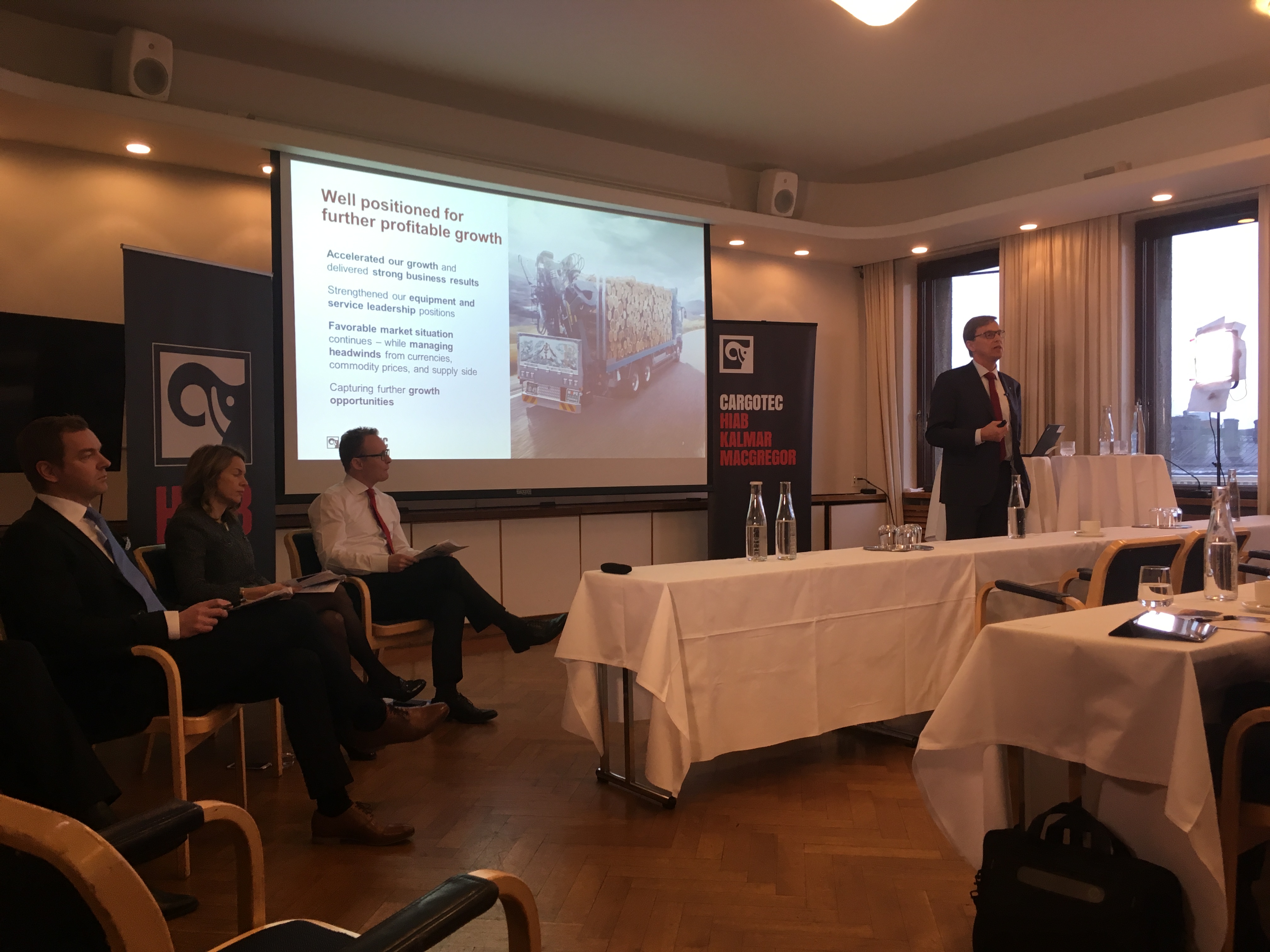 At the event, Hiab’s business was presented by Hiab’s President Roland Sundén, Hiab’s CFO Simon Greaves, VP in Services Anna Almlöf, and Jan-Erik Lindfors, VP of New Business Solutions. In addition to providing a chance to ask questions from Hiab’s management, the goal of the event was to give participants an opportunity to get more detailed insight into Hiab’s business and future possibilities.

Roland Sundén discussed the strong development of Hiab’s business and the future growth prospects. United States is the biggest market for Hiab, and despite the weakening US dollar, the market fundamentals remain strong: US market is still predicted to grow next year, supported by the healthy construction activity. The fact that Hiab is a market leader in the US  both in loader cranes and truck-mounted forklifts and the second largest producer of tail lifts provide a solid foundation for the future growth as well. 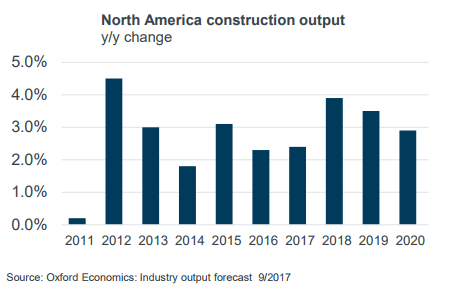 The market fundamentals are positive also in Europe. Moreover, Hiab has gained market share in several equipment categories and territories. Sundén went through Hiab’s possibilities in the developing countries, with Brazil and China as examples. In China, for example, the penetration rates for load handling equipment are still very low in comparison to the more mature markets in Europe. Customers are very satisfied with Hiab’s solutions in general, as 80–90 percent of the customers invest to a new Hiab solution in order to replace their old equipment.

CFO Simon Greaves went through the development of Hiab’s profitability and the future drivers for profitability. During the last years, investments in R&D and distribution network as well as the improvements in market share has supported the favourable development. There have been major changes in Hiab’s product offering and for example only in 2016 Hiab launched 54 new products. Favourable development in capital markets, the growth of service business, renewed product offering and the actions taken to improve cost-effectiveness will have a positive impact on the profitability in a medium term. Headwind is caused by the weakening of US dollar compared to euro, unfavourable commodity material price development, certain investments in sales and services as well as buying cycles and competitive pressure in key accounts.

Service business in a key focus area in all Cargotec’s business areas. Hiab also has significant possibilities to increase the service business, which is steady and profitable. Anna Almlöf, VP in services in Hiab, emphasized that Hiab’s installed base of 150 000 units offers a good basis for further service sales growth. Furthermore, Hiab has invested in a new spare parts webshop which has been introduced already in 32 countries. The objective is to increase maintenance service sales and make use of the connected solution network.

Hiab is the pioneer in digitalisation. The goal is to have all new equipment connected by 2018, and a New Business Solutions function drives digitalisation across Hiab. HiVisionTM and HiConnectTM are examples of revolutionary new products, which were in focus during the demo sessions of the event.

HiVisionTM utilises VR technology, which enables increasing efficiency, safety and comfort. With HiVisionTM, is is possible to stay in the comfort of the truck cabin and take care of the loading from there. In the event, the participants could try out how it was like to steer a forestry crane through HiVisionTM. HiConnectTM, in turn, enables the monitoring of the connected Hiab equipment and unlocks further value through proactive service, spare parts, and new solutions.

As always, the audience was very active throughout the event. There were a lot of questions related to, for example, Hiab’s business prospects in China, the profitability impact of currency movements, product development as well as the profitability drivers going into 2018.

The recorded version of the event can be viewed here.